So my plan had been to do more blogs and start using my GoPro more, then I got ill….. Both of us are recovering from strep throat so those two plans took a bit of a back seat however now on the mend and can start putting them into action.

I got a few accessories recently for my GoPro and have been wanting to try them out, so plan to do some reviews on a few of them. The first one I have chosen to do that for is the Pro Standard Mouth Mount. Had been looking forward to getting them one and trying it out so that could start to get some different angles with my GoPro.

It is a small mount that has a few ways that you can use it, fairly good for hooking over something. Short video later on where have hooked it over a branch when out on the water, 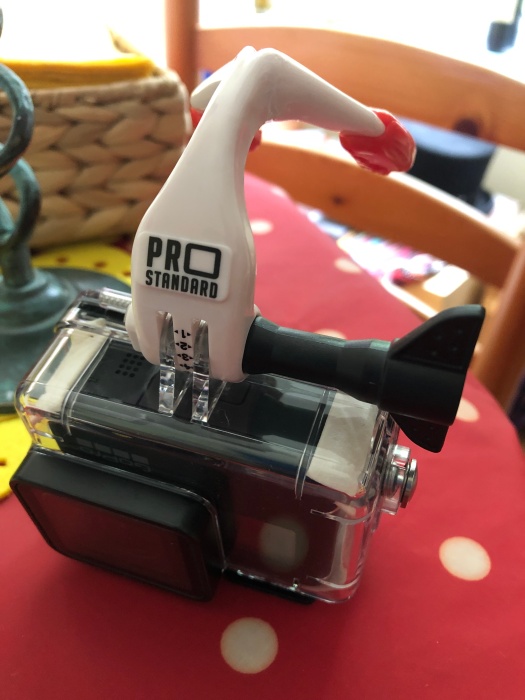 Can also have it as a small tripod.

Main use is for being able to have it in your mouth, the bite blocks are moulded to your bite so it is a fairly passive grip which helps being able to keep it in for longer. Can breath through your mouth, swallow and talk though not always completely understandably.

Loch Ard is somewhere I used to go kayaking all the time but not somewhere have been out on the water in years and also somewhere that Kat has never kayaked. I love going to Loch Lomond but there is just something about Loch Ard, has a completely different feel to it.

First try of the mount in my mouth to film paddling out from the shore.

Perfect day to be out on the water. 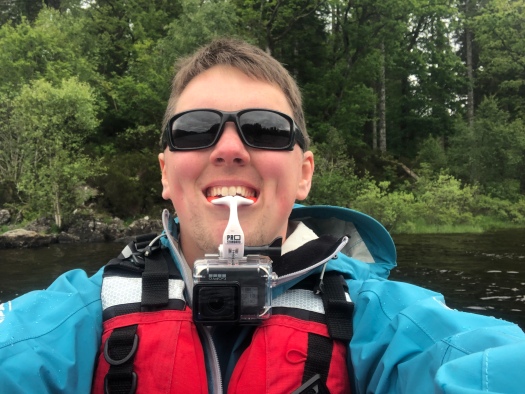 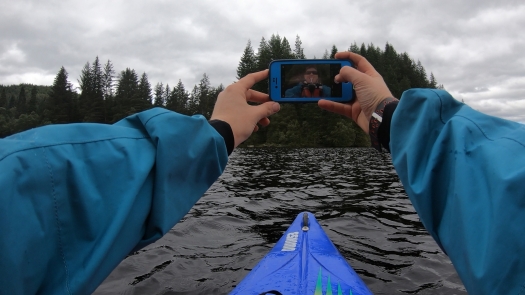 Sat the mount on top of the kayak to get this photo, obviously stayed very still as it wasn’t attached to anything but shows good to use as a tripod as well. 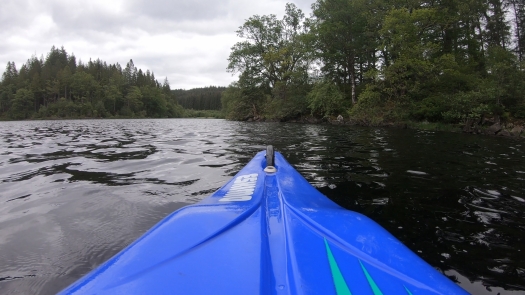 Tried it clipping onto my life jacket rather than having it in my mouth, like this angle as well though not as secure. Fine on a day like this though.

We had a great day out and enjoyed racing each other between points. Kat won this race to the island.

The mount is also great for holding onto in my hand and using it to film.

Had it hanging off a branch for this wee film, would have been even funnier if we had gone in as well. 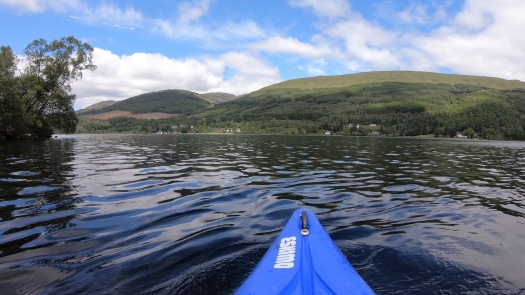 Midges were very much out in force so we thought the best place to have our cup of tea and coffee was out in the middle of the Loch. 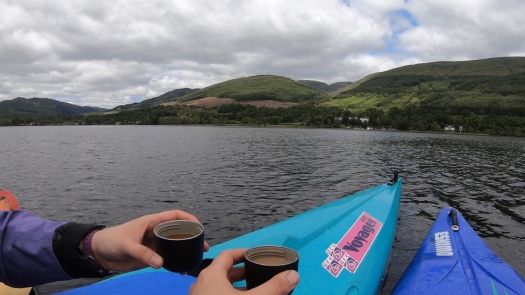 I am a big fan already of the mouth mount for kayaking, look forward to using it more and also trying it out mountain biking.